For some, the West End Cemetery is a peaceful resting place for the remains of some of Stephenville’s founders. For others, however, it’s a reminder of a painful chapter in the city’s history about a decision almost 91 years ago to exhume and relocate the bodies of dozens of blacks buried there. 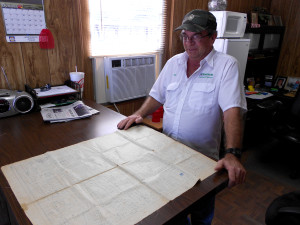 Much about the decision is murky today. It’s not clear when the bodies were actually relocated. Nor is it clear how many bodies were moved. And people disagree about why the bodies of blacks buried there were relocated to what a newspaper from the era described as “Negro Burial Grounds.”

“People didn’t mind being buried next to (Native Americans); they didn’t want to be buried next to blacks,” said Billy Chew, who is now the supervisor of the Stephenville’s three cemeteries – West End, East End, and Mount Olive, where the remains now rest. “Dig them up here, move them to Mount Olive. The blacks could be buried free from now on. Period. Forever.”

Dan Young, a Hico high school history teacher, said the decision came at a time when “the whole country was in a panic after World War I and the Ku Klux Klan was making a big comeback in the area.” Still, he described the decision to move the bodies as “unbelievably cruel and stupid.”

Cindy Shipman, a social studies teacher for Huckabay Independent School District, says she’s not sure whether the decision was made because of “anti-black feelings.” 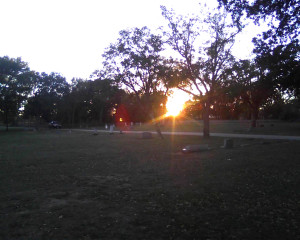 “I don’t believe there was any malicious intent on the part of the (cemetery) board moving the graves,” she said. “It is obvious to me that the board at West End had a need for additional land for burials, and saw the area occupied by the black section as a suitable place for expansion.”

Three days after the council meetings, records show, the Colored Burial Association bought three acres of property from Chas Neblett. The area, which is now Mount Olive Cemetery, is on College Farm Road between what is now state Highway 108 and state Highway 281.

Chew said it’s not clear exactly how long after the council approved the move that work on the new cemetery began.

Other than the council log and the Erath County Clerk’s land deed about the plan to move the bodies, no documentation of the actual removal was found by the Texan News Service.

“The documents that are available are rather terse, and read fairly straight forward. The records are silent to who was on the new board and who actually funded the purchase of the land,” Shipman said.

Shipman also acknowledged the unfairness of the incident.

“As to what gave the West End board the right to put their needs and wants over the needs and wants of the black community is unquestionably the deeply-rooted belief and practice of segregation and discrimination,” she said.

After the remains were moved to Mount Olive the responsibility of caring for the graves fell to the Colored Burial Association and the black community of Stephenville for a half century.

In 1972 the city of Stephenville took over the care and maintenance of Mount Olive, according to Billy Chew. The cemetery was initially supervised by Howard Phillips, who worked with Chew until Chew took over the supervisor position.

Phillips worked for the City of Stephenville for 24 years and believes that there are anywhere between 50 to 75 unmarked graves in Mount Olive. He said that at one point many of the currently unmarked graves were marked with temporary markers but they were either removed or the writing has faded away.

Some of these bodies include Phillips’ family members, one of which is Wallace Howell, who was Phillips’ great-grandfather. According to the book, birth and/or death dates are missing in at least five cases in which bodies were moved from West End to Mount Olive. For example, records show a woman identified as Janie Roe was 75-years-old but it is unknown what year she was born or when she died.

Phillips says he’s unaware of people in Stephenville’s black community holding any ill feelings toward the city for moving the bodies.

“Everybody that I know takes a great deal of pride in the cemetery itself,” Phillips said. “Before the city took it over we used to go out there as a community, we mowed it and kept it up as a community project once a month.”

“Did that community have a voice to protests? Probably not,” she said, “Were they outraged and demoralized by the exhumations? I don’t know. After the 1920s did the black community celebrate and take pride in their cemetery? I think so.”

Edwards recalled when she first heard about the history of Mount Olive. “I was just speechless. I was just like whoa, whoa. I mean it was just heartbreaking to me when I heard that. And I was just like ‘Oh, my God.’ Back then black people didn’t have any say so, no say so. They just lost all their rights,” she said.

“People mostly tell me to keep it up,” she said. “If there are negative feelings no one has told me about it.”

Lathes Towns, the director for Transition and Family Relations at Tarleton, acts as an advisor for the Minority Student Leaders on campus.  Towns, who lives in Dublin, suggested that people instead of being angry, should look at the time the incident occurred.

“Race relations are sometimes blown so far out of proportion, and you have to look at the era,” Towns said. “I don’t think even the people that were making the request (to remove the remains) had a whole lot of hatred, it’s just part of what they grew up with.”

“It saddens me that we had an era that people had to live through,” Towns added. “Right now we are free from that to a certain extent in this area.”

Under the Stephenville City web site Mount Olive is not mentioned as one of the city’s three cemeteries.

“I started at Tarleton in ’61 and people that worked here said their kids weren’t allowed to go to school here (Stephenville),” Young added. “They had to be bused to Fort Worth because that was the closest place with a black school. The city has come a long way but there is still a lot of room for improvement.”

Race relations in Stephenville have improved, but still have a ways to go, Phillips says.

“I grew up having to go in back doors of restaurants…so I’ve seen the changes,” he said. “I know we still have a long way to go, but I know where we came from. At times I get angry but there’s not a whole lot I can do about it so there’s no use in making myself sick.”

Edwards is working to get a state historical marker for Mount Olive Cemetery this summer, making its history an official part of Texas history.

“I do understand that all cemeteries hold history, but this cemetery, Mount Olive, relates to the true history of what happened,” Edwards said. “But I will say that this cemetery is a peaceful place and their souls are at rest.”