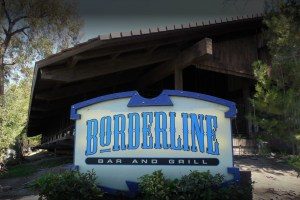 This bar and grill was the scene of the shooting in Thousand Oaks, California.
Photo courtesy of brooklynvegan.com.

Many people around the world are devastated by the shooting that happened on Nov. 7 at Borderline Bar & Grill in Thousand Oaks, California that left 12 dead.

Due to the events of the shooting, Texan News spoke to Tarleton State University Police Chief Matt Welch to learn how students can stay safe in large venues.

“One of the biggest things is when you first walk into the venue, look around and see where the exits are. They have all been marked and almost every place is going to have more than one form of exit.  Typically, if you don’t notice that, human instinct is to run back the same way you came. If you’re in a large venue, you may have multiple ways to get in and out. When you first walk in, just kind of be conscious and ask, ‘Where are my exit points here to get out?’ I mean, it can be a large basketball arena, it could be a bar, there are lots of large venues around a lot of people and when you’re around a lot of people, you got to be able to think, ‘How am I going to get out of here alive?’” Welch said.

Welch also said to avoid bottlenecks. Bottlenecks are points of congestion or a blockage.

“Sometimes shooters will look for things, like a bottleneck or a choke point, so if everybody’s going to run out of a particular area, they may position themselves in such a way so they can take out as many people as they can and if you can avoid that by running to an alternate exit and away from the shooting, you’re better off,” Welch added.

If lots of people are going to a concert or a bar, Welch advises them to pre-arrange where they’re going to meet so it’s easier to tell if someone from their group is missing.

Wearing sensible footwear is also a good idea because you never know when you might have to get out of an area quickly.

“If it’s a fancy event, then yeah, maybe you do want to wear your high-heeled shoes or whatnot. Guys [have] cowboy boots and leather soles. But if you don’t have to, wear something you can run in,” Welch said. “You know, in the big shooting they had in Las Vegas, a lot of people had to abandon their footwear and just run barefoot because it’s hard to run in certain kinds of footwear.”

Welch also advises students to be aware of their surroundings.

“I’ve been walking through parking lots [and] you can see people’s body language. You can tell they’re upset or they’re angry or mad, so in a bar, it’s similar. Sometimes you can’t hear what’s going on because the music is so loud but you can be an observer of body language and if someone is angry or they’re fighting or they look horrified or scared or something, you gotta clue into that because you don’t have all of your senses because sometimes you may not be able to hear exactly what’s going on so if you will really pay attention to your surroundings, sometimes it really is a plus,” Welch said.

It is also important to pay attention to things that seem out of place.

“I know in the [shooting] that happened [in California], I heard one of the interviews. One of the people said they thought they heard something like fireworks. Sometimes they’ll set off fireworks at a Texas Ranger game or things like that but inside a bar, you’re not normally going to hear that,” Welch said. “[In the interview] that person said, ‘I heard something like fireworks, but I knew they wouldn’t be having fireworks in here, or firecrackers, so I knew it had to be something bad and that’s why I took off with my girlfriend for the exit.’ That was good thinking on their part.”

Welch said if you ever find yourself in a dangerous situation, adhere to the “Run. Hide. Fight” videos that are shown around campus.

“If you cannot get out of there, if you can take cover, if you can hide someplace, behind a lower retaining wall or block the door in the bathroom, then do it. That way, it buys you time until hopefully, help arrives. [The night of the shooting], police were there in three minutes, so that’s pretty quick so if you can buy yourself three or four minutes you can hopefully save your life,” Welch said.

“It’s a good time to remind people what to think about because you always think it won’t happen to you,” Welch said.

The Borderline Bar & Grill was having a “college night” when the shooting took place. Students from California Lutheran University, California State University-Channel Islands, Moorpark College and Pepperdine University were there that night.

“I’m sure none of those college students ever thought that would happen to them the night they went. You never know what’s going to happen,” Welch added.