Stephenville High School is known throughout Texas for being a perennial power house in high school football. The Yellow Jackets are also known for producing some of the best quarterbacks in the state.

In the 2012 season, when the Jackets went 13-1 were en route to winning their fifth state championship, the team was led by senior quarterback and Texas State commit Tyler Jones. With Jones graduating and moving on to play Division-1 football, Stephenville head coach Joseph Gillespie is faced with finding someone to step in under center for the defending 3A champions. 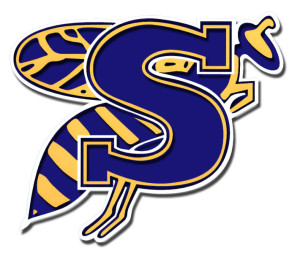 Gillespie doesn’t need to look far down his returning roster to find a replacement. He has soon-to-be junior quarterback Jarrett Stidham poised and ready to take over where Jones left off.

As a sophomore making his varsity football debut, Stidham played wide receiver for the Jackets. Stidham, playing in the shadow of senior wide receiver Brice Gunter, another Texas State commit, had over 800 yards receiving and 11 touchdowns on the season, including two touchdown receptions in the state championship.

Reflecting back on the season, Stidham was all smiles. “It was a blast,” he said. “My first year on varsity and we win state. It was a once in a lifetime year.”

Stephenville is no stranger to having elite quarterbacks come through its program. Guys like Kevin Kolb, currently an NFL free agent who most recently played for the Arizona Cardinals, Jevan Snead, formerly with the Tampa Bay Buccaneers, and most recently Tyler Jones, all strapped up their helmets for the Yellow Jackets.

Stidham knows the expectations he faces coming into his junior season, his first as quarterback. “There’s always pressure being the quarterback for Stephenville,” he said.

Not only does Stidham have to deal with the hype of being the next Stephenville quarterback, but he’s also getting pelted with the daily recruiting letters and phone calls from inquiring college coaches pursuing his talents.

Stidham is a sophomore, but he handles the recruiting process like an upperclassman. “I’m going to keep my options open right now,” Stidham said about where he would like to play in college. So far, Texas, Texas Tech, Baylor, Oregon, and Kentucky are showing interest in Stidham. Baylor will likely continue to show recruiting interest in Stephenville football with the Bears head coach being former legendary Stephenville coach Art Briles.

Stidham, who is from Kentucky but moved to Stephenville in 2005 when he was eight years old, said the Kentucky Wildcats have shown a lot of interest in him.

Not many teams that are fortunate enough to win a state championship like to talk about to possibility of “the ‘R’ word.” Stidham, however, did not shy away from talking about it. “It’s in the back of our mind,” he said, “but we’ll just take it one step at a time; these guys know what it takes to get there.”

Stidham also plays basketball for the Yellow Jackets, but since the season is over, it’s time to get back to the X’s and O’s of football. Gillespie is more than ready and confident to have Stidham lead his team for the 2013 season. “He is a champion on the football field, a champion in the classroom, the hallways, and in the community,” said Gillespie.

Painted high above on the wall inside the Mike Copeland Athletic Complex is a cartoon of a Yellow Jacket with five state championship rings on its fingers. With Stidham leading the way under center next season, he and the Yellow Jackets will look to start the collection of state championship rings on the other hand of the cartoon mascot as they try to complete “the ‘R’ word.”