“Opening new restaurants in Stephenville could benefit the city by increasing sales tax that we are losing by people eating in Granbury and Weatherford,” said Alora Wachholz, Stephenville Economic Development Authority Executive Director.

Also present at the meeting was Quincy Ellis who has worked in economic development for many years and thinks that Highway 377 LLC would be a good thing to bring to Stephenville. 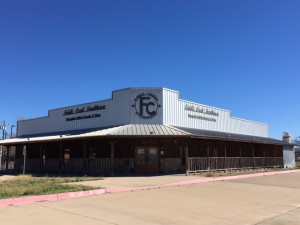 According to Hoffbrau Restaurants, the new business plans are to hire 20 full-time employees and at least an equal number of part-time employees. That means that this new business could provide many new job opportunities in Stephenville.

Russ McDanel, who currently holds a place on the Stephenville City Council, explained why he thinks the new restaurant will benefit everyone.

“I think this is a win-win,” McDanel said. He explained that the Fiddle Creek building is not doing any good for the city by sitting vacant, so he thinks putting a new business in it’s place is a good idea. McDanel has expressed his support for economic expansion in Stephenville. “We want people to know that Stephenville is open for business,” he said.

Although there was some apprehension from some of the Finance Committee members, the Hoffbrau issue passed through the city Finance Committee and will move to the Stephenville City Council where it will be heard at the next council meeting March 1.