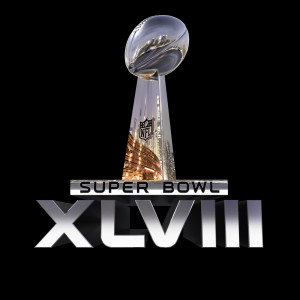 Super Bowl 48 will be between the Denver Broncos and the Seattle Seahawks will be played this Sunday at MetLife Stadium in New Jersey.
(Photo courtesy of FanExperiences.com)

The Tarleton State family is split on its Super Bowl team, but many plan to catch the game with friends and family.

Freshman Maverick Maxcy, a computer science major from Chicota, Texas, wants the Seahawks to win. “It’s the team I always root for,” he said. Maxcy has no specific plans besides watching it at home.

Corey Brown, a sophomore political science major, wants the Seahawks to win because it is the team closest to his home, Portland, Ore. He will be watching the Super Bowl at his house. He said the commercials are OK, but he usually gets up and does something else during halftime.

A senior from Garland, Texas studying biomedical science, Terri Garza said she is rooting for the Broncos because they are going against her boyfriend’s team.

Nate Golden, a kinesiology graduate student from Houston, Texas, favors the Broncos; “I’m a big Peyton Manning fan. It’s going to be an interesting game.” His plans are to have a cookout and he said, “I’m going to be really drunk.” Golden watches for the game and the commercials.

Freshman Sabien Williams, from Chico, Texas, said, “I want the Seahawks to lose.” He wants to see Peyton Manning get another win under his belt. He’ll be watching it at home, and may invite a few friends over.

Maranda McGonigle, a biomedical science senior from Springtown, Texas, laughed when asked about watching the game. “I don’t have TV.” If she had a TV, she said she would probably only watch the halftime show depending on who was performing. “If someone offered me food, I’d go,” she said.

Kimmy Parks, a freshman accounting major, said she’s rooting for the Broncos. “I feel like they are an underdog and I would like to see them achieve the win.” She is watching it at her house with her family; she said her dad is a big football fan. She said she doesn’t care about the commercials because she feels they are a “waste of money.”

Karla Martinez, a graduate student from Mexico working on her MBA, said she’s rooting for the Seahawks. “I’m not a Seattle fan, but I hate the Broncos.” Martinez is a football fan and is betting on Seattle, but she’s apparently going to be doing so smartly by looking into options for several odds for better returns. Ms. Martinez has done quite a lot of sports betting in her time, from Illinois sports betting to now Seattle sports betting. She knows what to expect but she still needs to do a little research before making her bet so that she has the best chance of a return. After all, that’s why people bet! Everyone loves a cash injection. Research is possible when looking at services such as this you can find if you click here and research, these services assort as many odds as possible from different sportsbooks, compiling the best options. Was she surprised by the teams in the Super Bowl? “Kind of, but Seattle has the best defense and Broncos have the best offense.” It sounds like she’ll be checking out https://betting.com/sports-betting/new-jersey-sports-betting to get her bet in!

Senior pre-nursing student Andres Quintana sides with Denver. “I hate the Seahawks…because they beat the 49’ers. I wanted Colin Kaepernick to go to back to back Super Bowl.” Quintana says he has to miss the game because of work.

Robert Moyer, a Pepsi employee on campus, said, “I HATE Manning.” The Buffalo, N.Y. native picked the Seahawks. He said he would “rather watch the Bills, but, hey, it’s football.” His plans are to be “kicked back in my recliner with lots of food and cold beer.” Game or commercials? He said, “Commercials of course…especially Pepsi.”

Brittany Templeton, a sophomore accounting major from Rankin, Texas, wants the Denver Broncos to win because she likes Peyton Manning. Her plans are cooking out. She watches mostly for the game, but sometimes she watches for the commercials and halftime. She heard he was also a motivational speaker and would have liked to meet him if she was able to get in touch someone like this peyton manning agent.

Juliette Quang, a sophomore biomedical science major from Dallas, Texas, picked her winner, the Denver Broncos, because her friend is a fan and she doesn’t really watch it to have a preference. Quang said she is going to a Super Bowl party at her friend’s house and mainly watches for the commercials and halftime performance.

Anja Botzer, a senior kinesiology major from Weatherford, Texas, is rooting for the Broncos because, “I like the Manning brothers.” Her plans include a party at Legends. She said, “Commercials are more entertaining than the game. It is crazy how they spend so much money for about a 10-second commercial.”

Ryann Goodrich, a junior chemistry major from Granbury, Texas, said she is not really into the Super Bowl and her plans are to hang out with a couple of friends. The main reason she watches is because she likes the commercials. She added that she also enjoys watching the half time show.

Francisco Montero, a junior criminal justice major, said he’s rooting for the Seahawks, because “Sherman is the best.”

Sophomore Jeremy Holder, a wildlife management major from De Leon, Texas, said he is rooting for the Denver Broncos because he likes Peyton Manning. He is planning to sit at home to watch the game, and his favorite part of the Super Bowl is the game itself and the commercials.

Ben McPherson, a sophomore hydrogeology major from Glen Rose, Texas, said he is siding with the Seahawks because he likes Seattle. His plans include hanging out at his apartment with girlfriend. Game or commercials? “Commercials are the best part!” he said.