The Tarleton State University TexAnns defended their win streak against Texas A&M University-Kingsville Tuesday night with a three-set sweep. Tarleton Volleyball is close to breaking the previous school record of a 12-straight sweep in a season set by the 1991 team.

In the opening set, the TexAnns gained a quick 8-3 lead over Texas A&M Kingsville and left little chance for their opponents to catch up. Adriana Darthuy and Hailey Roberts landed several kill points and a service ace from Blanca Izquierdo gave the TexAnns a double-digit lead at 12-9. 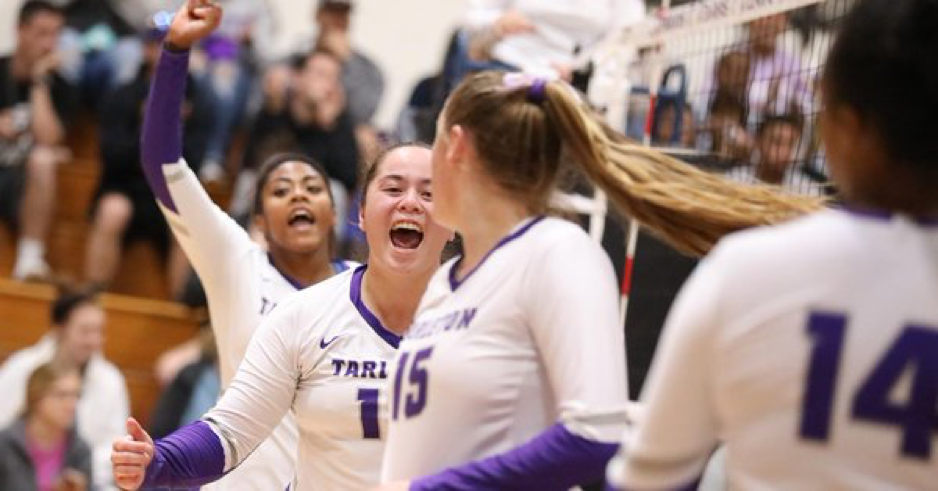 Roberts scored three kills followed by an ace from Adriana Knutson and finally a kill by Amber Strange to close out the set on top 25-13.

The Javelinas managed to take an early lead in the second set which resulted in Tarleton calling a timeout. Shortly after the timeout, the TexAnns gained their momentum once again and never looked back. After the TexAnns dished out consecutive kills, Jordyn Keamo earned the team back-to-back aces and five kills to the scoreboard at 19-10.

Texas A&M Kingsville fought back but Tarleton finished off the set 25-15 with a pair of kills by Strange.

The final set proved to be the most challenging for the TexAnns as the Jalelinas managed to knot the score six separate times. In a heated battle for the lead, the TexAnns gained the advantage with five straight points, which included a pair of aces by Roberts. Texas A&M Kingsville trailed behind by only a few points up until the very end but the TexAnns powered through and completed the sweep 25-22.

Tarleton had a total of 44 kills, 38 assists, and only 8 errors throughout the course of the game. Strange led the match in kills with a total of 11 followed by Roberts with a recorded 10 kills.