Moumin Quazi, an associate professor of English at Tarleton State University, is running for city council.  The city council election for Stephenville is on May 5 from 7 a.m. to 7 p.m.

Quazi is the son of an immigrant. His father is from South Asia and his mother is from Vernon, Texas. Quazi’s father worked for the Army and Air Force Exchange Service (AAFES) and retired as the highest-ranking Pakistani American in AAFES.

“As a result, from (my dad’s) travels to lots of posts and army bases and military bases all around the world, my brother and I would go visit him and we had a really huge backyard, which gave us a global perspective. I think, in the end, growing up in the Dallas-Fort Worth metroplex and visiting all around the world gave us a very healthy way of seeing a bigger picture,” Quazi said.

Quazi went to Richland High School and then went on to TCU where he got a Bachelor’s of Fine Arts in radio, TV and film. From there, Quazi went to the Dallas Theological Seminary and got his master’s degree there so he is a seminary trained ordained minister. He then went to UNT because he found that his real gift was teaching and got his master’s and his Ph.D. in English.

“I have a very large network of friends and family. It’s one of those things where Stephenville really values closeness of family and so I’m right at home in that,” Quazi said.

Quazi has voiced several events in the past. He has been the master of ceremonies for the annual Veteran’s Day Parade and he has been the voice of The Sound and The Fury, which is Tarleton’s marching band. 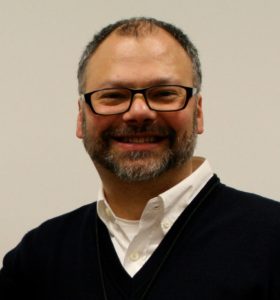 Moumin Quazi, an associate professor of English at Tarleton State University, is running for city council.
Photo courtesy of faculty.tarleton.edu.

Quazi has been teaching since 1990 and has been at Tarleton since 2006. He was also recently promoted to full professor.

During his career at Tarleton, Quazi has been the director of the Graduate Studies Program in English and he was also the interim director of the Office of Diversity and Inclusion.

Quazi also had a book published in 2016 titled, “Migratory Words” by Lamar University Literary Press. The book is a collection of poems and fictional short stories.

Quazi explained what inspired him to run for city council.

“I feel like Stephenville is on the cusp of an amazing growth spurt and I just feel like I’m finally at the stage in my life where I can bring some wisdom and some insight, but more importantly, some energy that leads to productivity to the position in city council,” Quazi said. “I want to be an agent for change that’s good. I know how to implement the next step. You have to move forward even though it’s not perfect. Getting something done is sometimes good and that’s the better thing sometimes than waiting and waiting until it’s just right.”

Quazi believes he is the best candidate for a position on the city council because he is tough-minded, but also kind-hearted. He thinks that Stephenville needs someone on the council who is “compassionate and sees a big picture that includes everybody” and who “doesn’t just want to focus on one specific audience, demographic or population.”

“I really think that Stephenville is stronger when we are united and when we perceive ourselves as a diverse whole. I think that Tarleton has seen tremendous growth recently and so has Stephenville, and it doesn’t mean that we’re going to leave behind all our traditions and leave behind all our heritage and legacy. It means that we have to find a creative way to embrace that, but then move ahead and also create and prepare the future generations for a 21st-century world,” Quazi said.

Quazi believes it is important that he is running for city council because he is not only representing Stephenville, but Tarleton as well.

“I just think it’s important for people to know that I’ve made my home in Stephenville. I’m invested here. I think it’s important that we have a voice that represents the interests of Tarleton. (Also) my name, (Moumin), means believer and I believe in Stephenville, and I hope that come Election Day, I hope people believe in me so I would appreciate their vote,” Quazi said.

“Everywhere I’ve lived and everywhere I go, I try to be someone who makes a difference in a positive way,” Quazi added.