Dr. Liza Benedict, an assistant professor in the communications department at Tarleton State University, was chosen as vice president for the Southwest Education Council for Journalism and Mass Communication (SWECJMC). 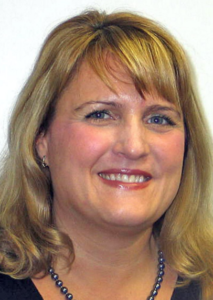 Dr. Benedict transitioned from broadcast and public relations to teaching in 2015. Photo courtesy of tarleton.edu

Benedict started out as a production assistant for a 24-hour cable news station. From there, she went into public relations where she worked with well-known clients. Following that, she applied for an academic public relations position where she found her passion.

Benedict has been a part of SWECJMC and feels honored to be named vice president.

“It felt a little overwhelming. It’s obviously a huge honor and I was really pleased that the opportunity came up. I’ve been apart of the organization since I actually edited my dissertation down into an article, and I submitted it to SWECJMC and they accepted it and made it one of their top six papers as well. It was published in their journal and through that, I got involved with them, and so when they asked me if I would take on a bigger role, I said, ‘Absolutely’,” Benedict explained.

As a fairly new professor, Benedict enjoys the opportunity of getting to meet other faculty members outside of Tarleton and to get more acquainted with people from the academic world.

“This is such a good opportunity for me to be able to network and to meet faculty members from outside of Tarleton, to see what type of research they’re conducting because research is a huge part of being a professor, and so, I’m really excited to see what research is out there and what SWECJMC members are interested in conducting and hoping that will also give me some ideas of what I would like to focus on as well,” Benedict said.

For her position, Benedict will oversee the paper competition for the annual conference that is held Oct. 6-7 this year at the Walter Cronkite School of Journalism and Mass Communication in Phoenix.

“I’m really looking forward to this opportunity. I’m very happy to be a part of it and I think that it will ultimately be of benefit to my students, which is the main reason why I do what I do,” Benedict said.