Texan News interviewed more than 20 students, graduate assistants, professors and alumni about the controversy. More than half of those interviewed said they would feel “comfortable” or more secure knowing that teachers were armed with guns, provided they were trained to use one properly. Most of those interviewed who said they favored arming teachers viewed it as an option rather than a requirement. 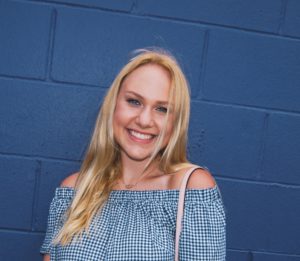 “It makes me feel more comfortable knowing that if something as tragic as a school shooting were to occur, then the teachers would be able to put an end to it or at least protect themselves and students,” said Sydnee Simper, a junior animal science major.

Jared John, a graduate student in the Agriculture and Consumer Resources Program, also said teachers and professors who are armed “actually makes me a little more comfortable and gives me a sense of security.”

Many of those interviewed agreed something needs to be done to prevent more school shootings.

Dylan Haralson, a junior finance major, said arming teachers “would be a great idea for something to get done. We need to try whatever we can to keep these things from happening.”

Students and instructors who did not like the idea of arming teachers said it wasn’t educators’ jobs to carry firearms to defend classrooms and offered alternatives to carrying guns. Some also felt it would create a power imbalance between teachers and students.

“I would feel scared,” said Berkley Walker, a junior communications studies major. “I think it would give teachers way too much power.”

Graduate assistant John Moerman said he did not think that the state should require teachers to carry guns because they “did not take up the position as a bodyguard. They are there to teach and educate young minds.”

Moerman mentioned alternatives to explore such as Tasers, which shoot tiny darts that use electroshock to incapacitate someone perceived as a threat.

John Martins, a retired U.S. Air Force colonel and adjunct professor of geography, said he did not think arming teachers was a good idea.

“The focus of the classroom is on teaching,” he said. “I think it sends a bad message and I think many students probably would be uncomfortable with that scenario –just like many teachers might be uncomfortable if they know the students are armed. Because having a weapon is serious business. And a school is a place for teaching.”

“I would much rather see security measures in place by trained and qualified security personnel,” Martins added. “Not saying it would be cheap. Money is a different issue.”

President Donald Trump and some lawmakers around the nation have proposed arming teachers to better protect classrooms in the wake of the Parkland, Fla., high school shooting in February. Nikolas Cruz, 19, confessed to opening fire with an AR-15 assault rifle at Marjory Stoneman Douglas High School, killing 17 and wounding others.

During the recent March for Our Lives demonstrations around the United States and even in other countries, students, teachers and others marched to support tighter gun control. The Washington Post published a photograph of a teacher holding up a sign that read: “I’m a teacher, not a sharpshooter. Do your job so I can do mine.”

Several state legislatures, including those in Florida, Michigan and Tennessee have considered bills to arm some school personnel.

In Texas, some public school districts already have “school marshals” or “school guardians” — armed teachers and administrators who undergo special training to carry a concealed firearm or have access to one stored safely. 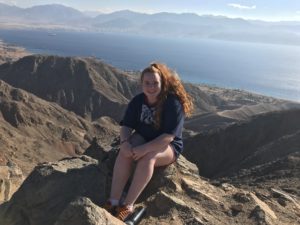 Alexa Brown, a junior interdisciplinary studies major who plans to become a teacher, said she didn’t favor arming teachers “no matter what the circumstances are.”

“As a future teacher, the thought of having guns in a classroom where kids can find out where they are, or mistakenly shoot them off is crazy,” Brown said. “I don’t think it will ever be okay for a teacher to hold a gun in their classroom because that’s kids’ lives.”

But another future teacher, Blake Berry, an ag education major, said he liked the idea of arming teachers and that it could deter would-be shooters from targeting a school or campus.

“When someone goes to shoot at a school, they think the cops will come but they will take a while,” Berry said. “But knowing someone in that room or next (is armed) might make them wary to come.”

Many of those interviewed said they felt training was necessary for any plan to arm teachers.

“With proper training and preventative measures, I would feel safe with a teacher possessing a gun,” said Amber Carney, a 24-year-old Tarleton biomedical science graduate.

As a Sodexo employee, Todd added that “we should have at least something to protect ourselves” in food service areas since shootings don’t just take place in classrooms.

Cody Self, a Tarleton alumnus who is now a high school agriculture teacher for the Coleman Independent School District, said he would only carry a gun in a school setting “after undergoing further training on how to handle a variety of situations.”

“I don’t believe all teachers need to be armed and many would undoubtedly handle the additional pressure incorrectly,” he added. “But after further training, I would be comfortable having one concealed on me, but it would never leave my body.”

Kayla Hansen, a junior math major, said teachers who feel comfortable carrying a weapon should, but it shouldn’t be a job requirement.

“We shouldn’t be forcing teachers to carry,” she added. “But they should still have to go through a gun safety course because you learn a lot about guns and it helps people gain a respect for what they are and their intended purpose.”

Some students said they know some of their instructors have CHLs and already carry concealed handguns.

“I already know of professors that do carry, but keep them concealed,” said John.

“Having the weapon out of sight prevents any distraction that it may draw otherwise and keeps the educational atmosphere flowing,” he added. “Open carry tends to be a distraction and can take away from the sole purpose of the classroom.”

Some professors at Tarleton said they did not like the idea of their coworkers being armed at all. Meaghan Earhart, assistant professor in fine arts and digital media, said she didn’t view guns as a solution even though she once lived in a crime-infested area of Baltimore.

“I lived on one of the worst streets that there is, so that was interesting. Some of the people that came to visit me wouldn’t even get out of their cars,” she recalled. 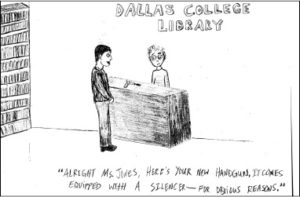 How to pay for arming and training teachers concerned many of those interviewed. They offered these suggestions: having teachers pay out of their own pockets for guns and training; reimbursing teachers with a small stipend from grant money; imposing a special fee for campuses that want to arm some teachers; using sales tax money from gun sales or using taxpayer money. Trump has proposed paying teachers a “bonus” to carry firearms.

“Funding educators’ training courses is probably one of the biggest issues to me,” John said. “The teachers do not make all that much, as everyone knows. I feel like if the school is allowing educators to carry, then it should be their responsibility to provide…either a stipend for proper firearm training and/or to provide extensive training on a regular basis for those educators.”

Cory Shockey, a junior criminal justice major, said some teachers probably already had their gun and should be able to pay for their licensing. “But if the school wanted to pay for it, they could do fundraising or ask for a type of grant from the state or federal government.”

Kambria McDougal, a freshman agriculture business major, said teachers who want to protect their classrooms might pay for their training, or schools could levy a fee.

“Or we can have a one-time protection fee added on to our protection, which doesn’t sound fun, but if we’re safer, then it could be okay. And there are so many of us that it wouldn’t be too bad,” McDougal said.

Self also said the process of arming teachers should be stringent enough to “discourage getting the qualifications for the money or other wrong reasons.”

Cayler Banks, a senior agricultural business major, said taxpayers should not foot the bill “because we all have different preferences and those differences should be respected.”

To ban or not to ban guns

Few of those interviewed said they viewed banning certain firearms as the answer to deterring shooters.

“I don’t think banning guns would solve anything,” Walker said. “People wanting to do harm would still find a way.”

Self, the Coleman ISD teacher, noted that cameras don’t add much in the way of security.

“The school I work at has every square foot of the school in view of at least one camera and it does not add much of a sense of security for anything other than prospective robbery. I believe if some teachers were trained and armed but it was not public knowledge who they were or how many, it would make many shooters nervous enough to think twice.”

Jamie Potter, a junior interdisciplinary studies major, said she didn’t see cameras as a deterrent, either.

“The people that shoot up schools aren’t concerned with the cameras,” Potter said. They “know that they’re going to get caught or shoot themselves. The additional cameras won’t do anything. More guns in the right context and situations” could help.

Some of those interviewed cautioned against overreacting and taking guns away from law-abiding citizens.

Added Martins, the veteran and adjunct instructor: “We live in a wonderful society where we have lots of freedom. Our greatest asset is also our greatest enemy. In this particular situation, we don’t want to overreact. I don’t think it’s healthy because then you’re punishing people who have done nothing wrong.”

A teacher should pull out a gun only as a “last resort,” Martins said. “That’s because once the bullet comes out of the gun, you can’t change your mind. So to me, it would be my last resort. If this is my only option then, I guess I’ll use it if it’s forced upon me.”

In the home, Americans already value the protection to their property and family provided by a firearm like a glock pistol. See the best available sights for Glock 43.