Tarleton students and staff weighed in on the 2018 midterm elections and the future of the country after Democrats captured the U.S. House of Representatives and Republicans secured a lock on the U.S. Senate.

Their views ranged from hope to despair, celebration to lamentation, and fear to confidence. Journalism students in four classes took the political pulse of their peers and others. This story reports some of what they are thinking. 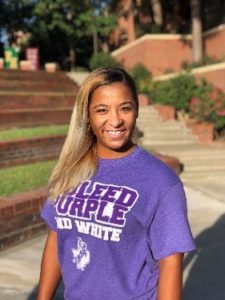 Melanie Johnson is a 32-year-old and she is Tarleton’s director of Diversity and Inclusion and International Programs.

“I think the recent candidates have really engaged the young voters compared to in the past,” says Melanie Johnson, 32, Tarleton’s director of Diversity and Inclusion and International Programs. “In the past, the majority of our politicians were straight, white men,” she said. “Having that change of different races, different ages, different genders and sexualities is going to be major.”

However, some of those interviewed said the election will make little difference in the country’s political climate.

The next two years will be “the same – terrible,” said Briana Busby, a senior English major from Euless.

Still, she hopes that the record number of women elected to Congress will make a difference.

“I think they will help,” Busby explained. “Women are the power to change the world. Women could dominate if they wanted to.”

“I think the women in Congress will hopefully straighten some issues out,” she said.

Others saw reasons to hope that both sides of the aisle may come together to work on bipartisan solutions to the nation’s issues.

“I think Republicans and Democrats will find a way to work together because they have to,” said student Lauryn Nixon. “They may be two different parties but we are one country and at the end of the day both parties just want what is best for the country.”

Eryn Rice said, “There’s a good chance Democrats and Republicans will work together because Congress isn’t all just one-sided anymore. It’s a good blend of both sides at the moment, which will either cause lots of conflicts or force them to work together, which is what I’m hoping.”

Women in the spotlight

“Women have always been put down in the past when it comes to doing jobs that typically men have,” said Cole Dickson, a 19-year-old criminal justice major from Fort Worth. “Being in government and sitting in Congress was typically viewed as a man’s job. Now women are holding these political platforms. This gives women such a high impact on what the nation has to offer.”

Dickson added, “Women’s votes and rights are going to be a lot more heard and understood by the government with all these women in positions.”

“We did elect more women last night and they tend to be much more pragmatic about things,” said academic adviser M. J. Loyd, 35.

“Congress has always been a bunch of old white men with their own agendas,” said Torie Setzler, 20 and a junior business major from Aledo. “It’s really important to have different races and genders so they can bring a different outlook on things.”

“It’s always great to see so many different viewpoints and cultures come together,” said Round Rock history major Clairie Honeycutt, 19. “I hope this will help drive the nation in a more positive direction and correct the one we have been going in.”

Blayne Ballard, a 19-year-old communications major, said Congress will be “more open-minded and will get things taken care of.  Women will have more respect. It will be different from here on out.”

Some students predicted more gridlock in Washington, D.C. after the election. 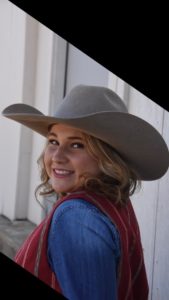 Bailey Newsome is an 18-year-old from Winnsboro.

“It’s really not about working together,” said Bailey Newsome, 18, from Winnsboro. “It’s like, ‘I’m better than you. My party is better than yours,’ so I don’t think we are really going to get anything done because people just have too much pride.”

Brandi Necessary, a 20-year-old from Gatesville, saw “zero chance” that Democrats and Republicans will work together.

“Democrats are so far left because they are practically socialist and will not tolerate anything that is not on their socialist agenda. There seems to be no compromise in the ideas coming from the parties.”

Shalyn Lane, 18, from Saginaw, said she expected politics to be “pretty hostile. There’s a great divide between the House and the president.”

Added Will Austin, a 20-year-old political science major from Midlothian: “The chances (of cooperation) are slim because each party 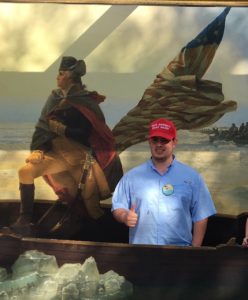 Will Austin is a 20-year-old political science major from Midlothian.

cannot come to terms with the other. One of the reasons the Republicans lost the House was partly due to the fact they were in such disorder, with no help from the Democrats.”

Some of those interviewed said President Donald Trump had an impact on the midterm elections.

“I think many people see his personality over what he has actually done for the United States,” said Rachel Holle, a 20-year-old agricultural communications major. “I don’t agree with some of the things he has said, especially on social media, and I think that tends to overshadow what he has done for the county, like helping the economy, lowering taxes and creating more jobs.”

Now that Democrats are in charge of the House, they may try to impeach Trump, some voters said.

“I think they’re probably going to try to but I don’t think they’ll have much factual reason to go off on to impeach him,” said Walker Hormuth, 21, a junior ag business major.

“It’s going to be a waste of time. The president has two more years….and if the house tried to impeach him, the Republicans and the Senate will try to shut it down,” said Christian Garza from Euless.

Eryn Rice, who works at Rock House when she’s not in class, says the election is “definitely a wake-up for America and I’m all for it.” She hopes Congress will “get an investigation going on Trump through his emails and taxes and really make others realize that America chose the wrong person as president. If the House had any sense, Trump would be impeached.”

Optimism for the future 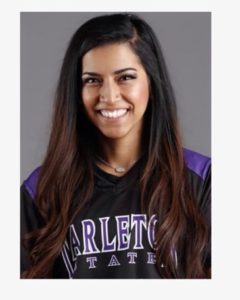 Lexi Grimaldo is a 22-year-old junior and mechanical engineering major from Austin.

Lexi Grimaldo, a 22-year-old junior and mechanical engineering major from Austin, had perhaps the most optimistic view of what lies ahead for her family, friends, generation and nation.

“I am hoping that those elected will take more time to research mass shooting and gun violence incidents to dissect ways to reduce and prevent them from happening more often or at all,” she continued. “I’m hoping those around me will be safe. And I hope that those who have sought justice for police brutality will be given that, and those who commit crimes such as shooting unarmed citizens will be held accountable. Above all, I hope for peace.”