The total cost of construction for all three unfinished residence halls, Traditions North, Traditions South and Honors Hall totals to $69,500,000.

As of Aug. 23, 390 students were currently not living in their intended residence halls, said Bobby Waddell, director of resident living and learning (RL&L). These students have been temporarily lodged in Bosque Crossing Apartments, Stephenville hotels and older residence halls that are being renovated such as Honewell, Moody and Gough.

But it isn’t Tarleton State University’s responsibility to pay for these accommodations. Associate Vice President for Student Life Mike Leese said, “Balfour Beatty Campus Solutions have the responsibility [for when] housing is not ready. They have to offer comparable housing.” 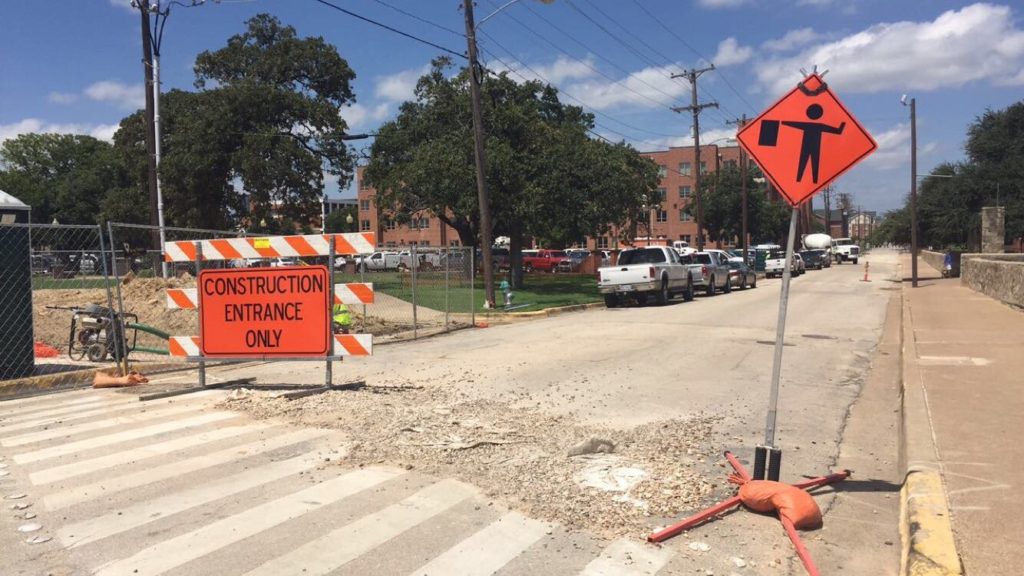 Students from Traditions North have been relocated to Bosque Crossing Apartments. These students have to downgrade from a single bedroom with a full bed to sharing a room with two twin beds.

Leese said the initial date for the completion of Traditions North was Oct. 15, but that has changed to Thanksgiving. When Traditions North is finished, students will have the choice to stay in Bosque Crossing Apartments until the spring or they can move in right away.

Most students may prefer to move straight away so that they can get settled into their new apartment as soon as possible. When it comes to educational establishments, most take the traditional route of staying in dorms but others could decide to look for an apartment of their own, similar to the ones that you can find on HTTP://THESPACESTATION.CO.UK/ so they have a place to truly call their own. Living in student accommodations might not be as exciting as first thought for some people though.

Some students have been upset with their accommodations due to some rooms not being cleaned.

Sophomore, Hannah Beam, said when she walked into her room, she thought it was a joke. Beam’s apartment was full of damages, dirty floors, filthy, stained carpet, a molded bathroom with tile missing and a refrigerator full of last spring’s food. 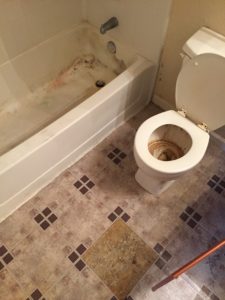 Sophomore, Hannah Beam, walked into Bosque Crossing Apartments where she was relocated from Traditions North to find her entire apartment filthy.
Photo by Hannah Beam.

“I wanted to cry as soon as I walked in,” Beam said. “I’m gonna be grossed out to live in that after seeing it no matter how decent it will look [after being cleaned].

According to Beam’s most recent Facebook post, she said,
“I am so happy to say that our apartment is perfectly up to our standards. We did wait a while, but Tarleton accommodated us in the most amazing ways. They moved mountains getting this apartment ready for us. Yes, it was unfortunate there was a miscommunication that took place and some hassle, but it worked out perfectly. My roommates and I are more than pleased with our apartment.”

Students currently living in Bosque Crossing Apartments do have a disadvantage, though. Due to road construction, students do not have access to the parking garage. Leese said construction on Vanderbilt, Ollie and Jones street and roadways is planned to be finished on Aug. 27. But Leese said they might be set back due to recent heavy rain.

Honors Hall and Traditions South have received a temporary certificate of occupancy from the Texas A&M University System. This means life safety checks have been made. Leese said rooms for these residence halls have been completed but other rooms such as: kitchens, lobby areas, study rooms and other facility rooms are still under construction.

Traditions South was ready for students to move in during early arrival while Honors Hall received the okay from the Texas A&M System Aug. 24.

Leese said “Traditions North was behind more than what we thought.”

Leese added, “It was apparent to us that there was no way that they could get all three buildings finished in time for the fall semester we asked them to prioritize. We wanted them to concentrate on two buildings that could be finished. [Traditions North] was going to come in late. Traditions North was delayed from the storm damage that happened in March.”

Leese said the overall construction for the dorms has been a battle because of construction in the Dallas Fort-Worth area.

Leese said “If a person who [is] a framer, or puts in floors or electrical have a hard time getting people here and staying. It has been the labor problem. We have used local services when we can. Most of this job is too big for Stephenville,” Leese said.

Leese describes the special characteristics of the new residence halls.

“They have full apartments. They have kitchens and washer/dryer. The students who live in those apartments do not have to be on a meal plan. What’s going to make it so unique, it will have an indoor and outdoor fireplace, a big courtyard with a big table that will sit a number amount of students to gather around (with living and learning honors concept),” Leese said.

Leese also said classrooms will be available for faculty in all honors halls. The faculty will also be in there just like Centennial Hall, expanded offices and classrooms. There are two classrooms that open up into a large lobby and the courtyard.

Other additions to Traditions South will include living and learning facilities for ROTC and the Corps of Cadets.

“[The] first floor of Traditions South is scheduled to open at the beginning of the fall [for] all the ROTC offices and Corps of Cadets,” Leese said.