According to the Tarleton State University’s annual Clery report, drug usage and domestic violence on campus have overall increased since 2013 compared to the decrease on aggravated assault, burglary and motor vehicle theft on campus.

The annual drop for aggravated assault, burglary and motor vehicle theft was not as significant. The rate in 2015 and 2013 was virtually identical with a slight increase in 2014, said Matt Welch, chief of police for Tarleton. 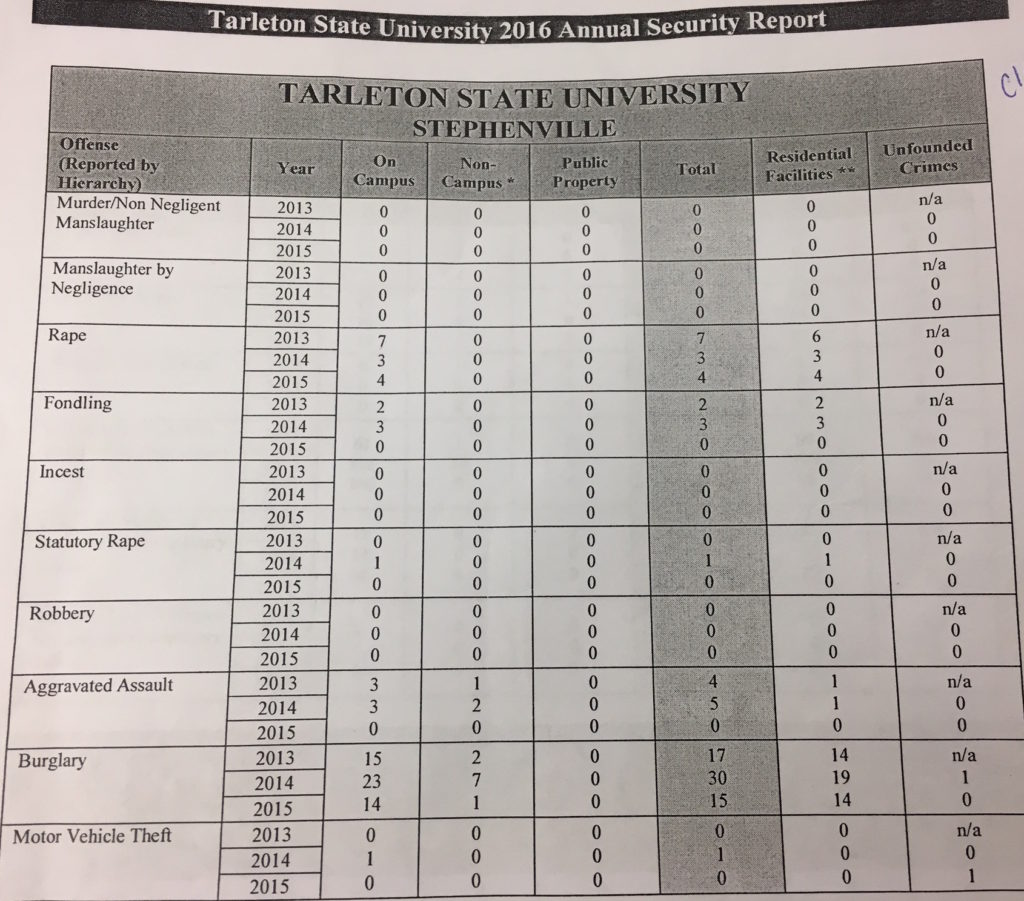 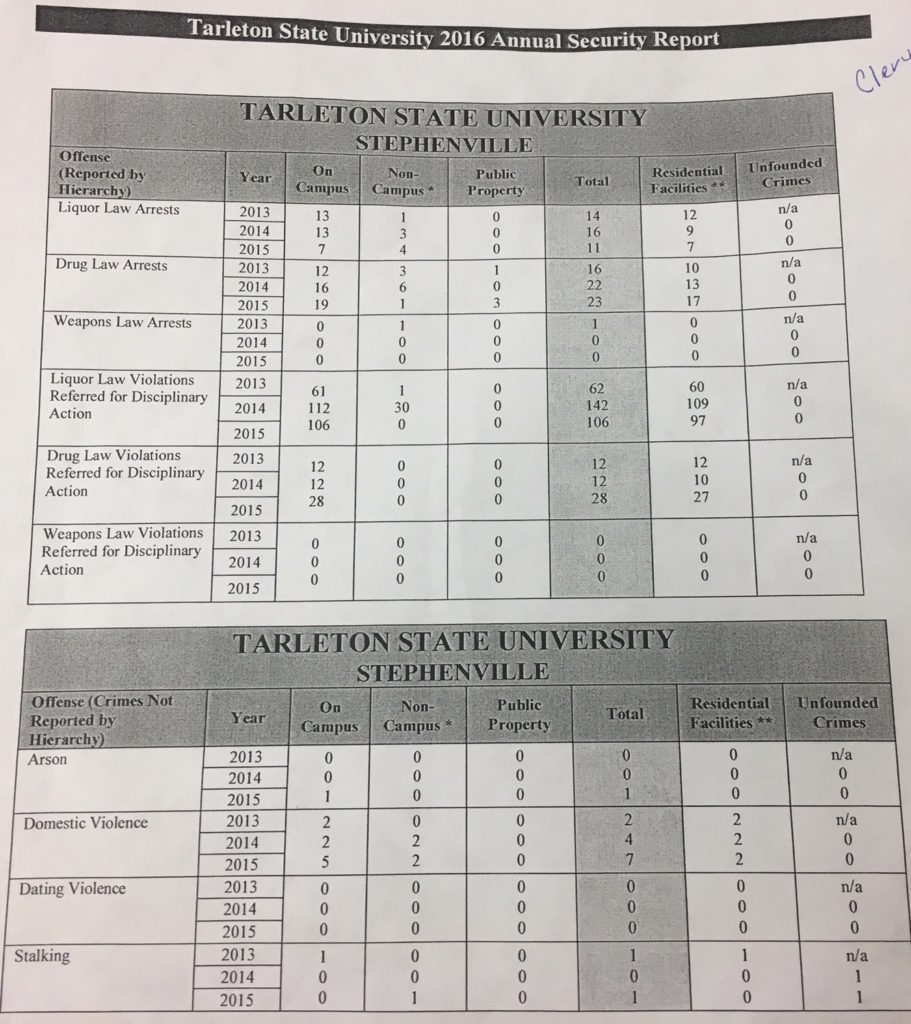 However, there was a significant increase with drug law arrests and violations.

Welch said there has been many complaints of marijuana smoke in the resident halls which promotes their department to investigate.

“Marijuana is the number one drug we confiscate,” Welch said.

Welch said he thinks this decrease is a combination of alcohol awareness training and the increase in marijuana usage.

Meanwhile, domestic violence increased in 2015, with five offenses. That compares to two offenses in 2014 and 2013.

Welch said the reason for the increase on domestic violence could be because of the ongoing campaigns to increase awareness and the uptick in sexual assault reporting.

Welch advises victims of domestic violence to call the police, call the counseling center and speak with their personal support group.

Overall, Welch said he was not surprised with the final results of the Clery report, but said he hopes to see lower numbers in the next Clery report.

“While our overall size has increased and our living on campus population has also increased with three new residence halls, our crime numbers have not increased at the same rate. I feel that this is a result of the efforts of multiple entities on campus regarding education of our students as well as working together as a team to keep everyone safe,” Welch said.