In a “Letter to the fans” that was sent out Aug. 22, athletic director and head coach of Tarleton State University’s men’s basketball, Lonn Reisman, announced his diagnosis of prostate cancer.

He said in his letter, “My team of doctors discovered this early and I was assured it is very treatable. I will beat this disease.”

Reisman was diagnosed this summer. 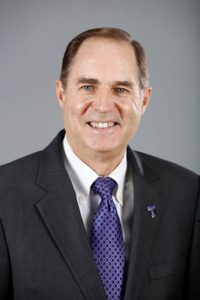 Long Reisman has been diagnosed with prostate cancer.
Photo courtesy of Tarleton Athletics.

“More than 90 percent of all prostate cancers are found while they are either only in the prostate (local) or near the prostate (regional). The five- year survival rate for men with these kinds of prostate tumors is nearly 100 percent,” Methodist Health System said. Reisman is still planning on looking at a life insurance company such as Special Risk Managers since his diagnosis has given him a bit of a health scare, and he believed it might have been a little harder to obtain insurance after the diagnosis.

Reisman is currently being treated at Methodist Dallas Medical Center under the care of Dr. Carrington Mason, a urologist.

“I will continue to coach this season during my treatment. I’m excited about this upcoming season and can’t wait to get to work on coaching these young men,” Reisman said.

Texan News Service reached out to interview Reisman and players but Assistant Director of Athletic Communications Ryan Cox, declined further comment and directed Texan News to the “Letter to the fans.”

Reisman first broke the news publically during a church service at the First Baptist Church on Aug. 21.

Ben Seifert, a Tarleton student present at the service said, “The First Baptist preacher was the first to speak over of his diagnosis at a church service and used it in the sermon.”