STEPHENVILLE – The Tarleton State Texan basketball team will not have to travel very far for the opening round of the NCAA regional tournament. In front of fans, faculty and students, the NCAA selection committee announced its decision to reward the Texans with the No. 1 ranking in the South Central Region, and the opportunity to play host to seven other schools. 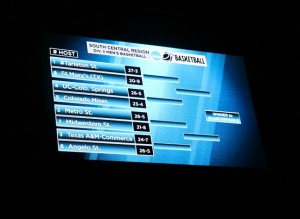 Tarleton State finished the regular season with 26 wins, and a Lone Star Conference title. The Texans fell in the semi-final round of the LSC tournament to eventual tournament champion Texas A&M – Commerce on Friday night in Allen, leaving their fate of retaining the No. 1 seed in the region in jeopardy. The No. 2 team in the region, Metro State, fell to Colorado – Colorado Springs in the RMAC championship on Saturday, all but guaranteeing the Texans a host opportunity.

This marks the fourth time that Wisdom Gym has played host to the SC Regional tournament, with the three previous occurrences coming in 2002-03, 03-04 and 07-08. The Texans failed to move on to Elite 8 all three times and have not advance to the Elite 8 since 2005-06, where the fell to Stonehill 69-59.

Tarleton State is set for a rematch against St. Mary’s on Sat., March 14 at 7:30 p.m. The Texans won the previous meeting against the Rattlers this season on Dec. 6, 2014 at Wisdom Gym, 75-64. Davene Carter, Mo Lee and TaShawn Mabry led the scoring with twelve points a piece. If the Texas can repeat their previous performance, they will play the winner of UC -Colorado Springs and Colorado Mines in the round of 32.

Three LSC foes are also making the trip to Stephenville as TAMU-Commerce, Angelo State and Midwestern State were all selected for the big dance. Tickets for the tournament go on sale tomorrow, March 9, in the Wisdom Gym ticket office. 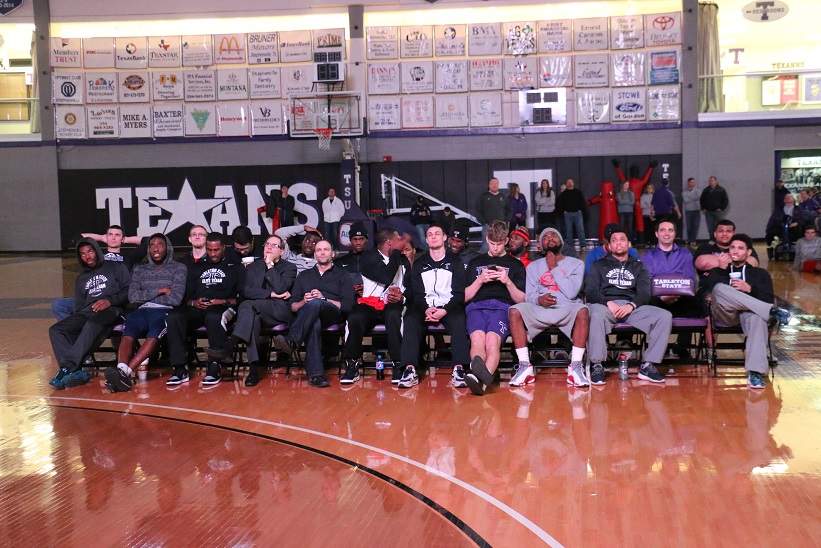 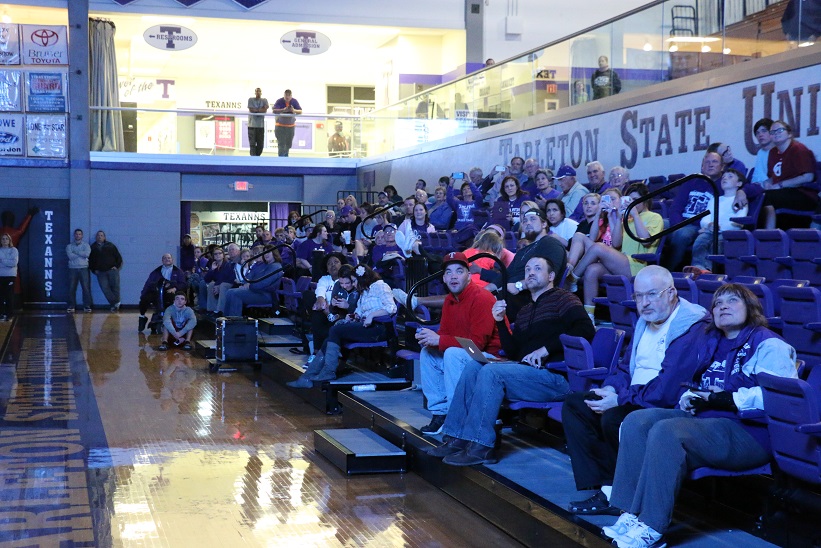 Fans packed into the lower level of Wisdom Gym to watch the selection show. Photo by Travis M. Smith 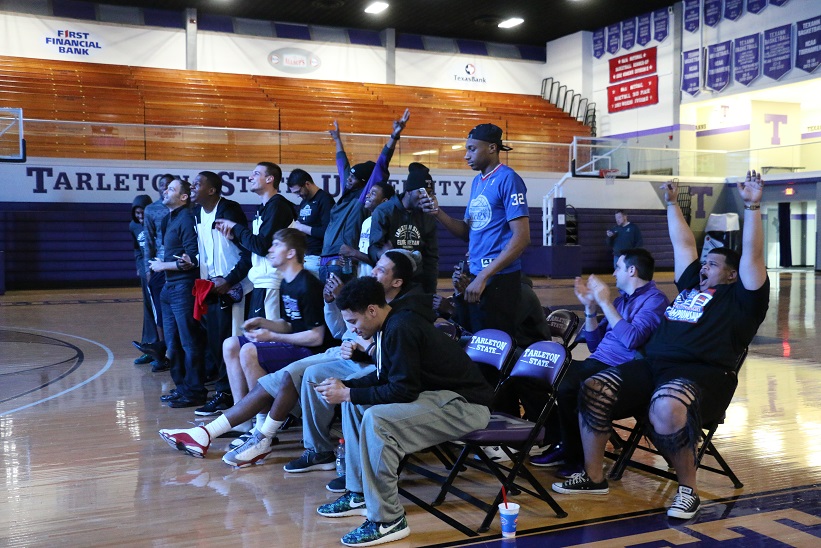 (27-3) Texans react to their official No. 1 ranking in the region. Photo by Travis M. Smith 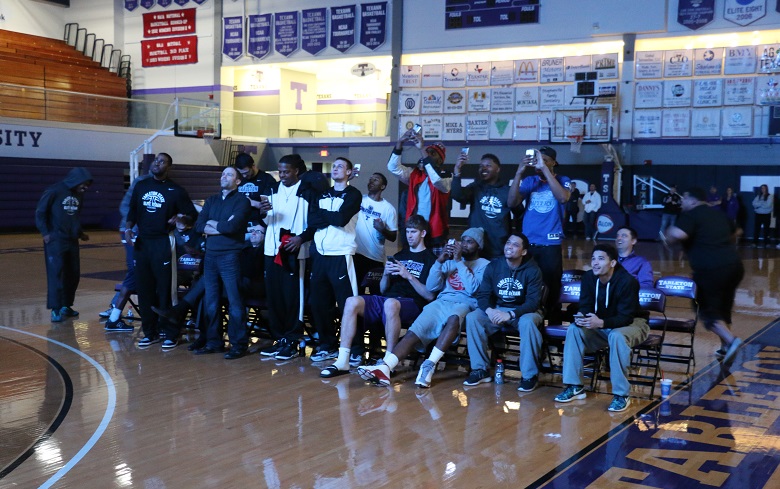 Tarleton State will open against St. Mary’s on Sat. at 7:30 p.m. Photo by Travis M. Smith