Texan News Service staffers made their first appearance at the Texas Intercollegiate Press Association, or TIPA, this weekend and left with their hands full. TNS walked away with 17 awards overall within the newspaper, general magazine, television and online categories. 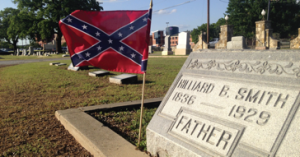 Managing Editor Denise Harroff, placed third in the “news photo” category for her photo of the Confederate flags that are placed in the cemetery across from campus every year.

The views TNS gets on these stories say a lot, but it is also extremely rewarding to receive recognition from a panel of judges in a room full of hundreds of other student journalists from around the state. 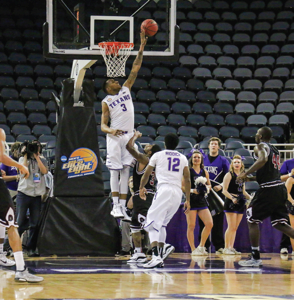 The team of TNS has pulled all-nighters, put themselves in outside-of-the-box situations and traveled states away to get the stories worth going the extra mile for.

For the newspaper category, TNS placed second in “overall excellence” and second an ad design.

Former art director Sara Gann placed second for the “illustration” of the graphic of the Chris Kyle trial timeline. Brandi Addison, a communications student, placed third in the “news feature” category for her article about the kinesiology department’s program that helps people walk.

Harley Brown, previous sports editor and current Cross Timbers Trails magazine editor-in-chief, placed second in both “sports feature” and “sports news” for her article over the young sophomores that lead the volleyball team and the exhibition game against UT. Travis Smith, another previous sports editor and current managing editor of the Glen Rose Reporter, placed first in sports news for the article about the growing success of Tarleton’s women’s golf team. 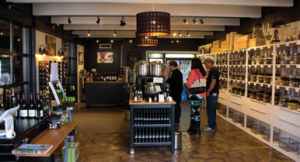 Justin Pack, previous graduate assistant who is currently the production intern at Rooster Teeth, placed first for general news photo in the general magazine category for the picture he took of Eighteen Ninety, a shop and restaurant located in Granbury.

In the online category, Texan News placed second for the live blog about the trial of Eddie Ray Routh that had over 70,000 views. Issac Foster, Justin Pack and Alejandra Arreguin placed first for best breaking news video for Texas v. Routh.

TNS will keep motivating staffers and students to keep raising the bar for semesters to come. TNS is proud of the results of the contest and plan for more to come.