Last week Megan Kramer, Kelsey Hutchens and I attempted to see as much of London as possible in approximately 36 hours. It may have worked out better if we booked a hotel like the Holiday Inn near Mayfair, London, as this was where we wanted to go. But it was a challenge trying to do everything in that amount of time. We went back and forth on our decision several times on the days leading up to the trip because the idea of being in a foreign country where we didn’t know anyone and had never been before was absolutely terrifying.

In the end, we swallowed our fears and booked the tickets, hoping it would be worth it in the end – and that Kate would have her baby while we were there.

After we got over the first, and possibly the most difficult, the hurdle of planning the trip, we got on a plane from Dublin to London, then a train from the airport into the city center where we quickly found our hotel, as it was attached to the train station.

After spending the last two nights in a hostel, we decided to spring for a Hilton, and were rewarded with privacy, a comfortable place to sleep, and, best of all, air conditioning. We quickly got ourselves settled in and headed out to see the city. 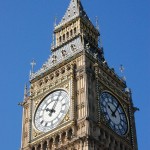 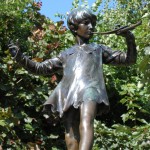 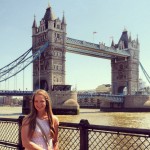 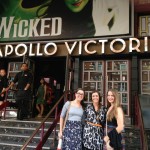 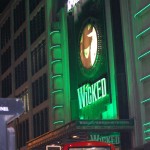 We got through our first set of tasks fairly quickly: get a map, find an ATM, buy an Oyster card (this would get us on buses and subways) and find our bus. After getting help from the concierge, we were making our way across the city in a red, double-decker bus.

At this point, all we had seen of London was the inside of an airport, train station, hotel and city bus. The moment we walked up to Buckingham Palace was the moment it became real to us that we were in London. It absolutely blew my mind to be seeing this iconic landmark in person, as if it had never actually existed until I saw it with my own eyes.

When we were finished ogling at the palace, we headed to the Apollo Victoria Theater where we saw an amazing performance of Wicked.

At 8:30 the next morning we were in the hotel lobby with our itinerary in one hand and a map of the city in the other. There were too many things to see and not nearly enough time to see them all.

We started with the Peter Pan statue at Kensington Gardens and then after deciphering the map of the Underground system, went on to see Westminster Abbey, the houses of Parliament and Big Ben, which were all right next to each other.

All it took was a short walk across the River Thames to get to the London Eye, and the view from the top was every bit as spectacular as one would expect.

A short subway ride later, we were at the Tower of London, which is really more of a fortress. We decided the long line to see the Crown Jewels would be worth the wait, and were proven right when we saw the glittering crowns, scepters, swords and robes. I mean, diamonds are a girl’s best friend, right?

The heat was beginning to get to us by this time, so we stopped and got drinks at a Starbucks that looked out over the Tower Bridge and then proceeded to walk across it, which is my definition of surreal.

We had been running all day, but for a moment we slowed down to enjoy where we were, and that is my favorite memory from the entire trip. Once across the bridge, we were on the Underground again headed to see the famous toy store, Hamleys, which was the time the seven-year-old in each of us made an appearance. Then it was back to the Underground to go to Madame Tussauds, where we posed ridiculously next to a number of our favorite celebrity wax twins.

Our final stop was Harrods, a famous department store, after which we finally dragged ourselves, completely exhausted, back to our hotel to get what little sleep we had time for before our early flight the next morning.

We did not get much time in London, but we did take advantage of every second of it, and by the end it was difficult to leave. Sadly, Kate waited until two days after we left to have her baby boy, but I suppose we’ll have to forgive her.

Bethany Kyle is a sophomore Broadcast Journalism student from Bangs, Texas.
Editor’s note: Bethany Kyle is a student studying abroad in Galway, Ireland, along with Cross Timbers Trails magazine Editor Megan Kramer. Kyle is serving as a guest writer for this series.