It’s hard to believe we have already been in Ireland for a week. On July 6, our group of eight Tarleton students left Texas to study abroad in Galway. Led by Eric Truax and Dr. Moumin Quazi, we are studying film, literature and media until July 28.

When we arrived at Shannon airport, Ireland was just as green and misty as we all imagined it would be. We took a bus to Galway, and were immediately surprised at how urban it was. Everyone always pictures Ireland to be this sprawling country of nothing but hills and petite houses, but Galway is a small mecca of culture. We hear so many different languages and see a diverse mass of people on the streets downtown every day, not just red-heads with Irish accents. The locals we do encounter are all very enthusiastic about meeting people from Texas, and often ask us to say “y’all” for them.

Unfortunately for us, Ireland is experiencing a rare “heat wave” this summer. Temperatures never usually get above 70, but all this week it has been in the 80s and very sunny. We overheard a woman say it has never been this hot since she’s been alive! Ireland is thrilled about the weather, though; everyone is running around in their summer wardrobe getting sunburns. We, however, were all looking forward to a chilly break from the Texas heat, but I guess we brought some with us!  (Continued) 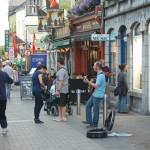 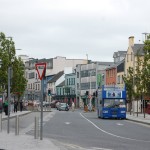 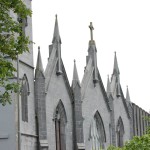 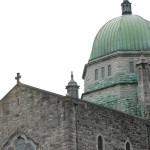 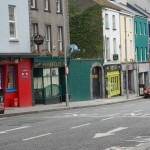 Since Tuesday, we’ve all been attending the 25th Galway Film Fleadh. The Fleadh is Ireland’s leading film festival, with a huge bounty of international films shown all day, every day through July 9-14. We will attend about a dozen films each by the end of the Fleadh, ranging from Irish cinema to documentaries from South Africa.

On Wednesday, Zachary Quinto surprised everyone at the screening of “All Is Lost,” a film he helped produce and has only shown to one audience previously. Quinto also plays Spock in the new “Star Trek” movies, and he hosted a Q&A on Friday about them. Several of us attended the Q&A, and learned some valuable insight about acting, producing and working in the world of film.

On Sunday, Saoirse Ronan, the actress from movies such as “Hanna,” “The Host” and “The Lovely Bones,” was also at the Fleadh for a public interview. The few of us attending learned from her perspective as well, seeing as how she is from Ireland and was the honored guest at the festival. The audiences for the films were diverse, and there was a lot of volunteer work done by film students from the Galway campus of the National University of Ireland, which is where we are staying.

The campus is pretty big, and each building has its own unique architecture. It’s located right next to the River Corrib, which is beautiful at sunset. We can walk to Erye Square and the Spanish Arches (basically Galway’s downtown) from our housing at Corrib Village. We’ve been shopping, eating at pubs and mingling with the crowds in between film screenings. There’s even a McDonald’s we can go to when we get a little homesick or need some free WiFi. The food here is good, but some of it throws us off. They call French fries “chips,” potato chips “crisps,” and there isn’t a Taco Bell in sight. Fortunately, we are getting the hang of using Euros, and we finally found a shop that sells Dr Pepper!

Next week we will be heading off to Dublin, so stay tuned!

Megan Kramer is a junior Communications student from Copperas Cove, Texas. She is currently serving as the Editor for Cross Timbers Trails Magazine.

Editor’s Note: Megan Kramer, student and Editor for Cross Timbers Trails Magazine, is studying abroad in Ireland this summer for Film Studies. In this series, Kramer writes about the different adventures she encounters while in Ireland.