After the recent protests in the NFL, Texan News interviewed three Tarleton State University football players to get their opinions concerning players sitting in protest during the national anthem.

Colin Kaepernick, backup quarterback of the San Francisco 49ers, sat during the national anthem of the third preseason game to raise awareness of the mistreatment of people of color and to protest the police shootings that have occurred this year. According to NFL.com, Kaepernick spoke with the media after the game and said, “I am not going to stand up to show pride in a flag for a country that oppresses black people and people of color.”

At first Kaepernick was alone in the protest, but as the season continued, more and more players came to support this cause. Out of the three Tarleton players interviewed, two said they didn’t have much of an opinion but are understanding of why he did it. 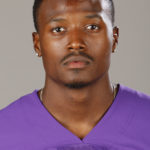 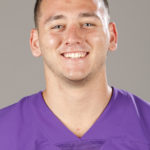 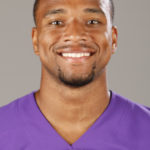 Basil Jackson, junior outside linebacker said, “I’m kind of indifferent about it… Kind of what makes America great, is that he (Kaepernick) has a choice to do what he feels is necessary to raise awareness.”

Dominique Martin, junior defensive back, said, “I don’t really have an opinion towards it because he feels a certain way and that’s how he feels. I let them (NFL players) think what they want to think and I focus on what we have to do here.”

Cody Burtscher, senior linebacker, said, “It’s a sensitive subject for him and that’s how he wants to express it.”

Some NFL players that weren’t willing to sit or kneel during the national anthem instead stood and raised their fists in the air to show support for the movement instead.

Jackson said he understands a lot of racism goes both ways and that people of color are mistreated “but at the same time, America isn’t perfect. We’re striving towards that perfection and that’s what makes America great.”

Although many understood Kaepernick’s reasons for protesting, both NFL players and fans were bothered by the fact that the protest was taking place during the national anthem.

Jackson and Martin said they agreed on the fact that Kaepernick has the right to express his opinion on the issue as he pleases.

“You have a locker room full of guys with different beliefs and you know they might not all agree on things, but that’s just how he chose to go about doing the protest,” Jackson said.

Martin added, “If that’s what he believes in, you have no choice but to respect it,”

But Burtscher had a different opinion about the appropriateness of protesting during the national anthem. “The national anthem…is mainly to express our appreciation for the troops that have fallen. I think it could have been done a different way, but that’s how he chose to do it.”

Burtscher said a better way to raise awareness of an issue is to not bring it on the field at all.

“Political issues should be left off the field to not disrupt the morals and togetherness of the team. We don’t have any individuals, we’re all a team,” Burtscher said.